After nearly three decades, the Jurassic Park franchise has given us so many incredible dinosaur moments on the big screen. Here on the eve of the sixth film’s (Jurassic World: Dominion) release, let's rank the ten best! 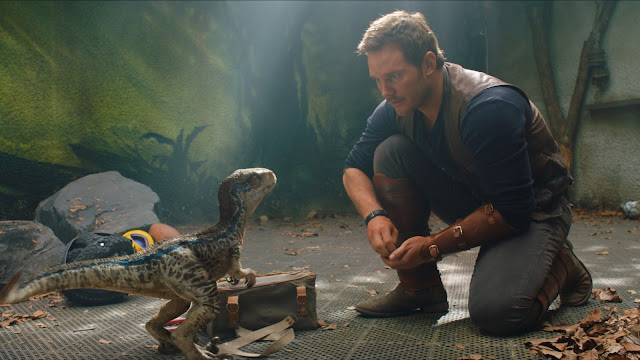 9. The Indominus Rex attacks the Gyrosphere

Jurassic World
We’ve already seen how dangerous the Indominus can be, and now Zach and Gray must figure out how to escape a monster “learning where she fits in the food chain”. Kids in danger is a troupe this franchise loves to lean into and here at the midway point of Jurassic World, we remember that with all the awe and excitement, also comes horror. 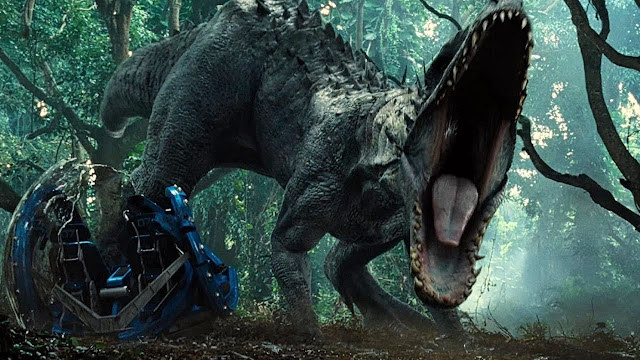 8. InGen on the Game Trail

The Lost World: Jurassic Park
The original Jurassic Park brought dinosaurs to life. But really only in isolation. Here we see the advances in CGI with a great variety of different dinosaurs attempting to escape the InGen trappers. It made them feel alive in a totally new way. 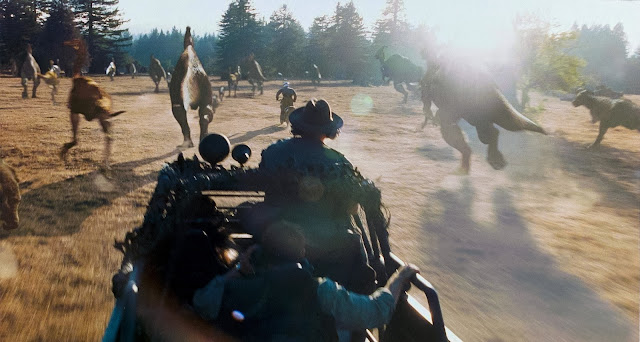 Jurassic Park 3
After narrowly escaping the Spinosaurus, Joe Johnston reinstills panic in the group when they come upon a beast we’ve only seen from a distance. The Pteranodon’s introduction is a great horror set-piece that dismantles a group that has begun to falter while offering Billy a chance at redemption. 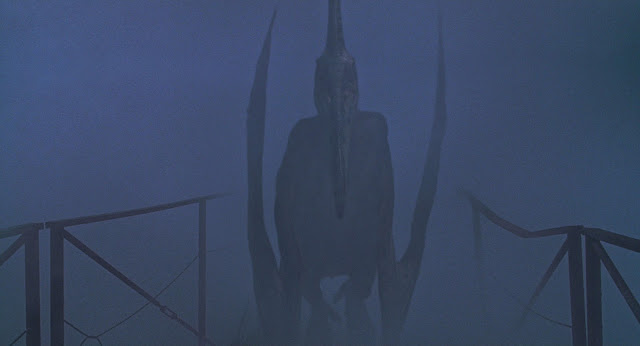 Jurassic World
When it becomes obviously clear that Owen and Claire are outmatched by the Indominous Rex, they call in the big guns. The Tyrannosaurus has always saved the day, and Jurassic World’s ability to pull in familiar references while delivering something new by intentionally releasing her sets up the climactic battle we won't forget. 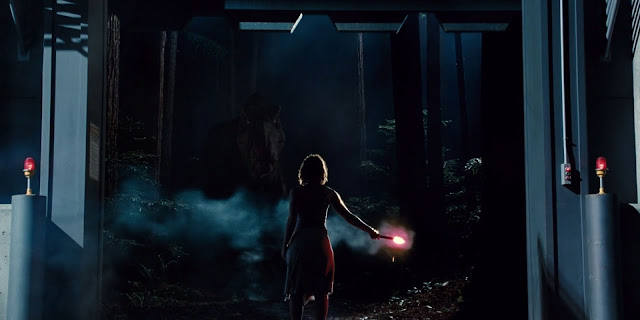 The Lost World: Jurassic Park
Another great sequence that reminds us when it comes to dinosaurs, you never let your guard down. From the passive Tyrannosaurus adults lurking outside the trailer to their attack, Sarah’s terrifying fall, to poor Eddie’s heroic sacrifice, this scene reminds us why we respect the king and queen of the island. 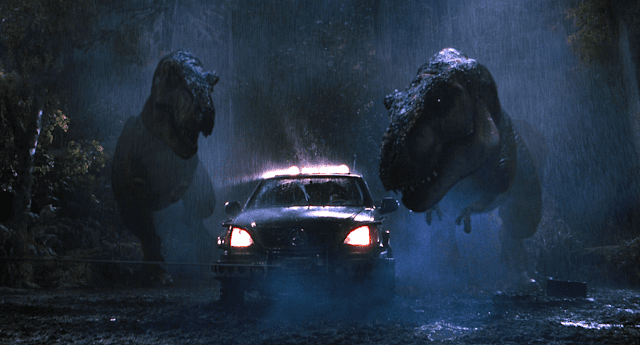 Jurassic Park
Much like doctor Sattler and Allen Grant, this moment left so many of us speechless. The awe and beauty of what came before us, the impossible made possible. It’s brief, but so powerful and allows us to accept a bit of exposition from Hammond as we await what they’ll reveal next. 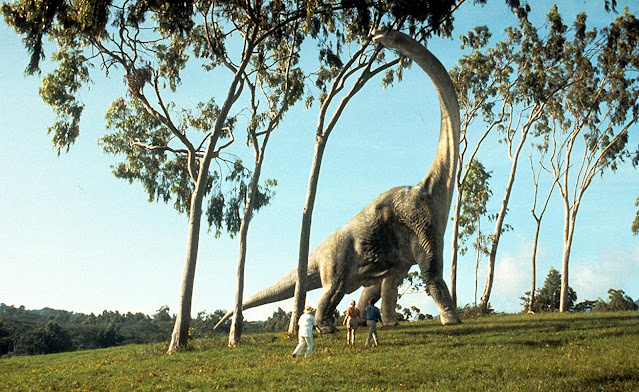 3. Escape from the Island

Jurassic World: Fallen Kingdom
On the opposite side of the spectrum from awe and beauty are heartbreak and tragedy. It’s an emotional response that’s not often tapped into in this franchise. And seeing these dinosaurs fall into the ocean attempting to escape the erupting volcano hurts so much. Knowing that the Brachiosaurus on the pier is the same one we saw in Jurassic Park is both a fitting and tear-filled way to say goodbye to Isla Nubar.

2. Raptors in the Kitchen

Jurassic Park
Just when you think you are safe and can enjoy some jello, boom, raptors show up! After all these kids have been through, the tension employed by Spielberg here is some of his finest work. Showing the raptors figure out the door handles, how good they look in the scene, and how the kids escape all works so well. *chef’s kiss* 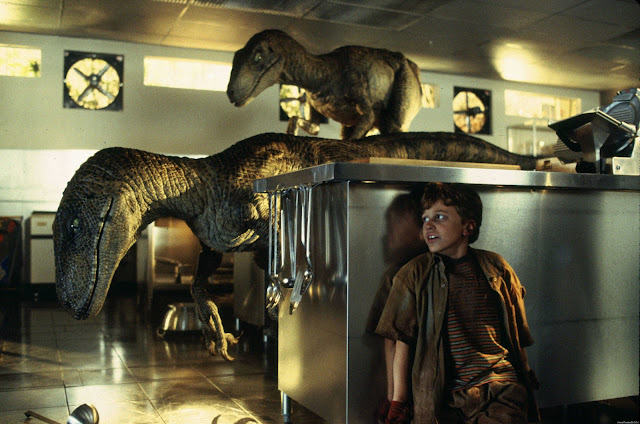 Jurassic Park
Much like the guests on the tour, by the time we get stuck in the rain outside of the T-Rex enclosure, we’re a little disappointed. Yeah, we saw the sick triceratops, but where was all the spectacle? Well here in the pouring rain, we get it. With a blend of practical animatronics and phenomenal GCI, Dinosaurs really came to life. 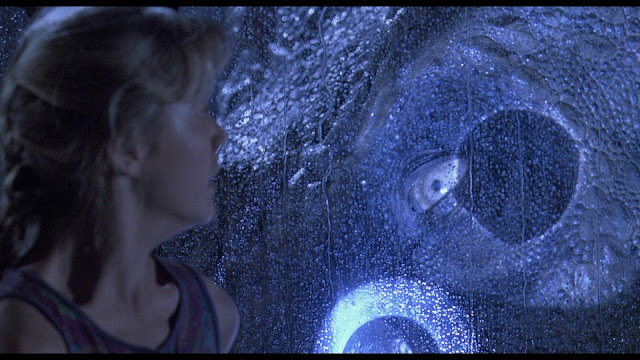 That’s our list! We'll soon see if any of Jurassic World: Dominion can find a way onto the list. But in the meantime, did we leave off your favorite? Lets us know in the comments what you would have added!
Dinosaurs Top 10 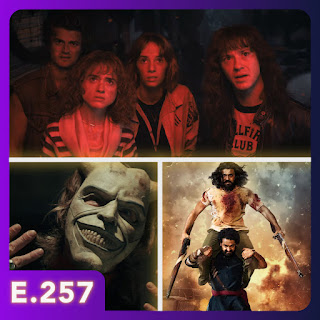 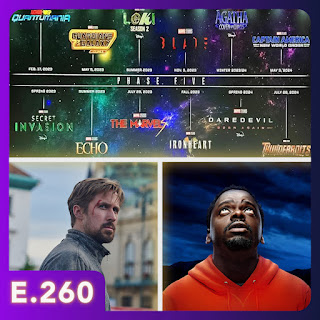 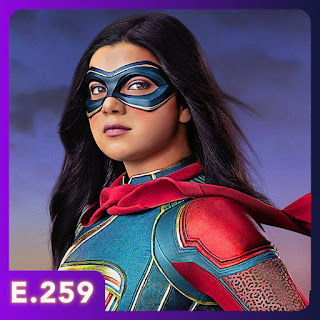